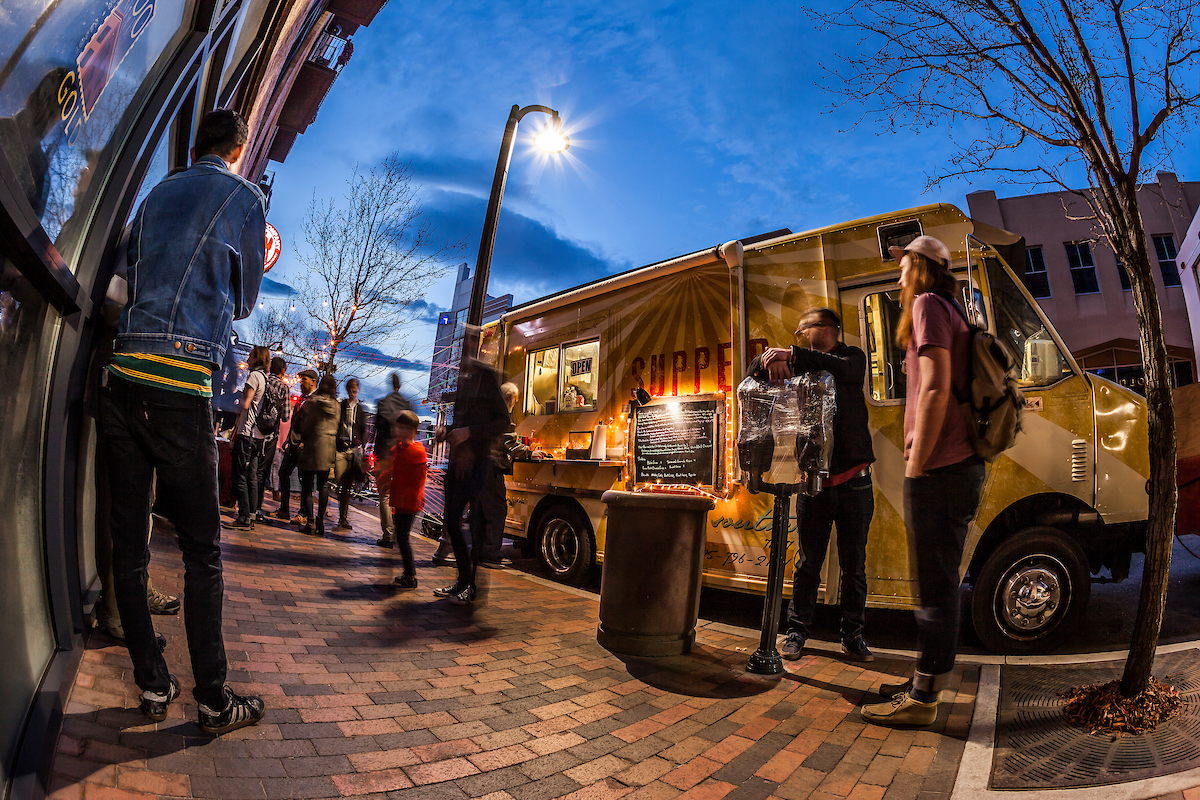 BUY CDT TICKETS TO OR FROM ALBUQUERQUE

AIR TRANSPORT: The Albuquerque International Sunport is located on the southern edge of the city and can be accessed by local transit Route 50 (Downtown-Airport), Uber, and Lyft.

LOCAL TRANSIT: Bus service can be hit-and-miss in Albuquerque, but Central Avenue/Route 66, a prominent east-west corridor that traverses Old Town, Downtown, and the university district, has the most frequent service and it runs fairly late. Look for Routes 66, 766, and 777, the latter two of which are part of Albuquerque Rapid Transit (ART), which offers easy roll-on bicycle boarding as well. If need be, there’s always Uber or Lyft.

FOOD: Silver Street Market, a mid-sized independent grocery store, is located two blocks west of the train/bus station (map). Smith’s Food and Drug, a local link in the Kroger chain, has a location somewhat near the airport along the Route 50 (Downtown-Airport) bus line. Both Smith’s and Silver Street sell beer, wine, and liquor. Natural grocer La Montanita Co-op has a location near the University of New Mexico along Central/Route 66. The highest concentration of inexpensive restaurants in the city is also around UNM. A citywide guide to vegetarian/vegan options is here though Annapurna and Mata G’s seem to be the most popular and are close to Central/Route 66.

LODGING: If you plan to stay for a few days or need to be close to the train or bus station, the historic Downtown-Old Town area is probably your best bet. If you are taking an early morning flight, you may want to consider a place near the airport, since morning bus service is patchy, especially on the weekends.

LAUNDRY: University Laundromat, Lobo Laundry, and Wash Tub Laundromat are all on or within easy walking distance of Central/Route 66.

INTERNET: The Main Library, a Downtown branch of the Albuquerque Public Library system located a few blocks away from Central/Route 66, offers public computers. A smaller number of computers are available at the Special Collections Library, which is on Central in East Downtown (“EDo”).

BICYCLES: The Little Bike Shop, the Bike Coop, and Two Wheel Drive are all on or very near Central/Route 66. The Bike Coop is five blocks away from a FedEx Office if you need shipping services.

RESUPPLY PACKAGES AND BOUNCE BOXES: There are several post offices along or close to Central/Route 66, including in Old Town, Downtown, and the university district. We’ve attempted to research where to pick up general delivery packages but haven’t had any luck so far. Check back on this page for details at a later date.

TOURIST INFORMATION: Visit Albuquerque has an extensive catalog of things to do.

BUY CDT TICKETS TO OR FROM ALBUQUERQUE

Founded in 2011, ABQ Express Shuttle serves Albuquerque, Santa Fe, Taos, Farmington, and the rest of the great state of New Mexico with custom, door-to-door passenger service and freight delivery. We look forward to having you on board!